Remember Con with the Wind, an excellent trailer for a new documentary looking at the myths, facts and lies surrounding big business interests in the Wind Farm Goldrush?


Unfortunately, this doesn't appeared to have helped a rare red kite in Scotland recently, as you can read in this Scotsman article:
http://thescotsman.scotsman.com/scotland/Rare-red-kite-found-dead.6383830.jp
Posted by Artists Against Wind Farms at 7:55 PM No comments:

"Con with the Wind"

Watch the trailer for this film, on You Tube!

http://www.youtube.com/watch?v=RifT33-pHaE
Posted by Artists Against Wind Farms at 9:13 PM No comments: 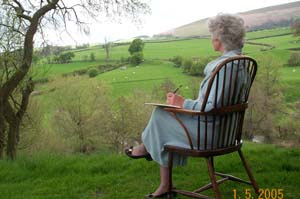 In the photo; Ann West, sketching in Mid-Wales

Adrian Masters and Felicity Evans take a fresh look at politics through the Dragon's Eye, examining claims that Westminster politicians will again have the final say over big wind and nuclear projects in Wales.

Ann West, Chairman of the Cambrian Mountain Society (http://www.cambrian-mountains.co.uk/),
appeared on this programme last night with Wyck Lohmann, to present the case against industrial
wind farms despoiling our beautiful countryside.

Posted by Artists Against Wind Farms at 12:23 PM No comments:

Save the Border Hills Walk

The ‘Save the Borders Walk’ last Saturday was a great success and 300 people attended to support the campaign. Many members of the press attended the event and there was some excellent coverage in the regional and national press, as well on the TV and radio.

An online e-petition is now up and running, at:


http://epetitions.scottish.parliament.uk/view_petition.asp?PetitionID=394
Posted by Artists Against Wind Farms at 9:40 PM No comments:

Tear down these windmills Mr Huhne
http://iaindale.blogspot.com/2010/06/tear-down-these-windmills-mr-huhne.html
Posted by Artists Against Wind Farms at 9:01 PM No comments:

Telephone numbers for queries about the Walk posted below are:

Come to this walk if you can, on June 12th, in the Scottish Borders 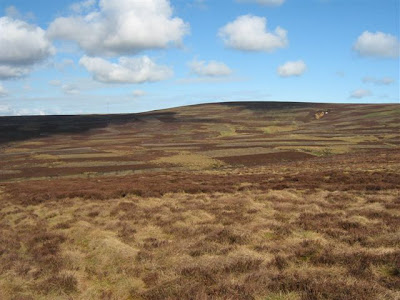 Sent to us by the organisers of this walk - please give them your support:

Invitation to join the ‘Save the Border Hills’ Walk

For many years now, Lammermuir residents and local Councils have campaigned furiously against North British Windpower’s (NBW) proposed Fallago Rig Wind Farm in the Scottish Borders. All objections to the proposed plans have been ignored by the Scottish Government and this must change.


Please come and join our ‘Save the Border Hills’ Walk taking place on 12th June 2010 at Penshiel, Cranshaws, Duns. The event will be signposted from Cranshaws, Longformacus and Gifford. All welcome, including dogs on leads. Please arrive by 9.30am. Full route will be approx. 9 miles (option to do smaller distance available if you wish). Free T-shirts, half-way snacks and complimentary burger and drinks at the finish. Your presence and support would be greatly appreciated. This uniquely beautiful part of Scotland is already saturated with these monstrous industrial structures. We don’t need any more. Together we can make the Government sit-up and take notice of our cause.

From wind farm to wind factory: Say NO to more wind turbines in the Scottish Borders.

Queries/questions:
jontyallymac@aol.com
Posted by Artists Against Wind Farms at 7:20 AM No comments: 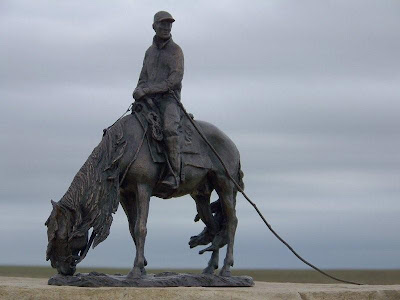 Phil Epp from the Kansas Flint Hills has sent us photos of his recently completed bronze sculpture - more pictures will be on www.artistsagainstwindfarms.com shortly.
Posted by Artists Against Wind Farms at 10:09 PM No comments:

Well, the LibCon Coalition may be supporting offshore wind which could be bad for whales, but it is good to see that David Cameron is prepared to stand up to the EU over whaling:

Read more here
Posted by Artists Against Wind Farms at 8:49 PM No comments:

Question Time tonight comes from Brecon in Wales, and on the panel will be LibDem MP Roger Williams. In 2007 he led a protest against a proposed wind farm in North Radnorshire.
This quote is copied from www.wind-watch.org, you can read the whole article (from the Brecon & Radnor Express) at this link:

"A local politician led a group of about 100 people to demonstrate their objection to a proposed wind farm in north Radnorshire at the weekend.

Roger Williams, MP for Brecon and Radnorshire, was joined by crowds carrying placards against the construction of a wind farm on Pentre Tump, near Llanfihangel Nant Melan on Sunday November 25."

The LibCon Coalition has much to be said in its favour - except for its energy policies. Both David Cameron and Nick Clegg are at odds with many of their MPs over the issue of wind power. Roger Williams is not alone, many other MPs have come out against wind farms (as can be seen if you trawl through the archive of this blog). Local MPs understand the reality of wind power, because they meet the people whose lives are threatened or disrupted by it. Bearing in mind the Coalition Energy policies, are they all to be muzzled, or will they be allowed to speak up in favour of a more sensible energy future for Great Britain?

Interestingly, the ConservativeHome blog notes that new MP Chris Heaton-Harris spoke out against onshore wind farms in his constituency in his maiden speech, while three other new MPs spoke in favour of nuclear power.

Posted by Artists Against Wind Farms at 6:40 PM No comments:

More from the Western Morning News

http://www.thisisdevon.co.uk/news/Massive-solar-farms-planned/article-2166168-detail/article.html
Posted by Artists Against Wind Farms at 11:55 AM No comments: 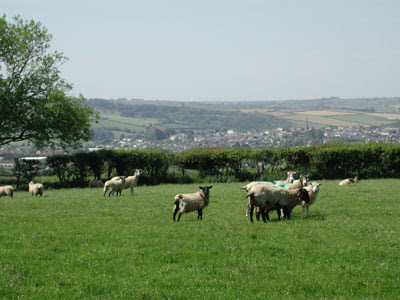 These sheep are in a field very close to the site of the proposed three Higher Darracott wind turbines, close to the hill-top town of Great Torrington, in North Devon.

We have not heard much about them for several years, but a recent article on the Western Morning News website has worrying news.
Posted by Artists Against Wind Farms at 11:12 AM No comments: