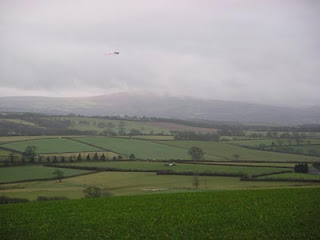 
Almost at the same time as we learned that the Inspector had allowed the developer's appeal and granted planning permission for the Den Brook wind turbines close to Dartmoor, the news broke that officials in the Department of Energy and Climate Change had suppressed a recommendation by its own consultants to tighten current wind turbine noise regulations.

Why? According to this article, when researchers recommended that a revision of the night-time absolute noise criterion should be considered, a government official noted concern that this would impede wind farm development, and the final report removed any suggestions of cutting the noise limits. Read the article by Jonathan Leake and Harry Byford in The Sunday Times

You can read the full set of documents on www.denbrookvalley.co.uk - they are available for download here.

The Sunday Telegraph takes this up too: Wind turbine noise warnings were dismissed by civil servants
Posted by Artists Against Wind Farms at 4:55 PM